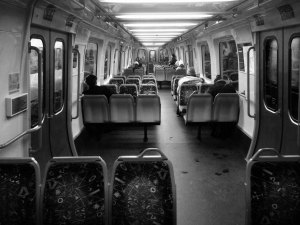 Detective Theodore Morris—the Teddy Detective—is called out to the most gruesome crime scene he has ever seen. Six young African gang members have been brutally slaughtered on a suburban Melbourne train, and a football legend lies critically injured among the corpses. Somehow, there are no witnesses. Off the Rails is a crime procedural set in Melbourne that explores multiculturalism and racism in Australia.