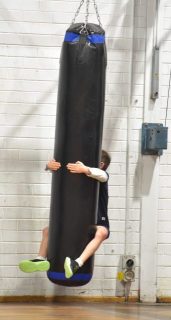 (There is a drum roll, it rattles on longer than the nerves can handle, rumbling through your bowels and building like rising water until you wonder if you will ever be able to breathe again…)

Not even the top 10. I’m not sure where I placed outside of that, as only the top 10 of the final 45 are announced.

That said, the feedback I received was really, really positive. I did a good job. Even better, I know I did a good job. But the judges in their detailed feedback did point out two major issues that would have significantly improved the story. And they are right. If I’d had more time maybe I would have seen that. If I’d been able to put it down for a few days, or a month, and come back to it later. If I’d had time to send it to some learned friends for their opinion (rather than just my ever helpful wife, who also helped iron out some issues).

But I didn’t. Because I only had 24 hours to write and submit the entire thing.

Those are the rules.

And here are the other rules.

If you read my previous blog post you will already know the criteria I had to write to:

Without further ado, here is my submission:

But that’s not all! Because the feedback was so long, so detailed, so insightful, I’m going to share that, too:

”Kill Me” by Matthew Lamb –     WHAT THE JUDGES LIKED ABOUT YOUR STORY – {2029}  Piotr’s encounter with the old man is well-rendered and thematically sound, and as a study in regret, this story circles themes of hierarchies and betrayal, loss and unfinished business, and the inherent power imbalance between the peak of a pyramid and its foundations. These themes are both prescient and relevant, and if you had the desire to explore them further, I’d be curious to see how the story evolves from here. Well done!    {2089}  Many congratulations for reaching the final round of the Short Story Challenge 2022! That’s a fantastic achievement and one to be very proud of.

This is a very atmospheric, noir-esque piece of writing. There’s a pulpy feeling to its private investigator/client routine, but it also feels very cinematic. I could imagine this scene playing out like a movie – I could hear the dialogue, see the characters, and feel the room. I’d definitely like more from it – it’s a strong first draft – so hopefully you’ll be able to polish it up, tie the plot threads together, and perfect this silver screen story for the page. Alternatively, an adaptation into a screenplay would work really well.

Looking at your assigned task, you’ve written a complete short story featuring the ‘pyramid scheme’ subject and ‘gate-crasher’ character, both of which have been interpreted well and used effectively. You’ve also submitted this within your word limit and showcased your abilities, craft, and voice as a short story writer.  {1846}  This is a deeply affecting and surprising story that’s also quite gripping in its plot and character development. Piotr’s other job as a funeral crasher is not only a striking revelation, the way the job operates is also an absorbing concept to imagine. I loved the unexpected development in the older man’s request for Piotr to apologize to his enemies at his funeral “Because I am a criminal.” What is even more stunning is his request for Piotr to kill him. The narrative’s structure is excellently paced and constructed so that the tensions build one upon another and with each successive revelation more starling than the last. The bad Herbalux batch “contaminated with arsenic from a nearby timber treatment plant” that people bought “hoping to get better” only to become “much worse” with “Swollen skin. Abdominal pain” and “Vomiting” is a ghastly, unanticipated turn of events in the story. That Piotr lost both his wife and unborn child to this atrocity is both jolting and distressing. Further, the narrative balances wonderfully tense and compelling dialogue with rich, sensory description such as how Piotr hated the smell of the vape smoke: “sickly sweet, like fruit fermenting in the sun.” Similarly, the metaphors are excellent and evocative, such as how “Piotr was gripping his untouched Tom Collins so tightly it threatened to pop from his grasp like a bar of soap.”

{2185}  This author does a wonderful job of showcasing Piotr’s voice, and brilliantly weaves backstory into the plot in order to parallel Piotr’s dawning realization regarding the old man’s identity. Piotr’s reaction feels authentic and believable, and the open ending creates a sense of tension that sticks with the reader long after the story’s end.  {1788}  The prose was riveting, with the author heightening the tension with potent gestures and stirring dialogue.  Piotr totally thought he was in control only to be shaken to the core. Seeing this alteration in his character was eyebrow-raising and it was gradual and believable.

The twist with Piotr’s wife was wonderfully done. Throughout the piece, the reader waits to hear about Piotr’s personal life, and the climax was both emotionally resonant and startling.   WHAT THE JUDGES FEEL NEEDS WORK – {2029}  In later drafts, I’d encourage you to experiment with the manner and timing of the old man’s confession. While there is a compelling twist to be found here, the structure of the story and its overreliance on expository dialogue dampened its impact. Throughout the text, Piotr is eminently passive, to the point that even his gun is said to aim of its own volition. He reacts rather than acts, and he is pulled in whatever direction the plot takes him. Thus, it becomes difficult for readers to empathize with and root for him. This lack of connection is made more pronounced by the absence of Piotr’s wife from the story, for her character functions as the narrative’s emotional hinge, yet readers are told almost nothing about her.

To that end, I’d encourage you to minimize the portion of Piotr’s conversation with the old man that covers the latter’s sins, and I’d be curious to see a version of this story that sees the old man question Piotr about his past, perhaps under the guise of building a stronger professional relationship. This would enable you, too, to stretch the reveal of the man’s involvement with Herbalux, and to perhaps allow Piotr to make some of these realizations on his own. In this way, he will become a more active, dynamic character, and readers will be given more information to help facilitate a bond.

{2089}  Firstly, I like your opening descriptions of the cocktail lounge but, equally, I really liked your observation about the bars Piotr would normally frequent. So, I wonder if you could make more contrasts and comparisons between the two as you set the location up – compare the lush carpet with the sticky bar floors he’s used to, and so on.

‘The older man had inscrutable eyes’ – A good detail, but I don’t think it’s placed correctly. Go from the question ‘Are you carrying one now?’ to the answer – ‘Piotr pulled back the corner of his jacket…’ – Read your work aloud – it’ll help adjust the narrative flow and ensure your content isn’t misplaced or unnecessary.

‘at my funeral’ – I’d like a bigger reaction from Piotr to this. This is a ‘What?!’ moment. Certainly what your reader will think when this ominous line is delivered.

‘You bastard’ – This doesn’t feel right out loud – overblown. Perhaps as internal monologue. Let the client tell the story and have Piotr react to it in his head.

‘watching your wife suffer’ – Establish Piotr’s past earlier, even just briefly or in subtext. Otherwise, this is just a random plot point introduced to keep the narrative going rather than a plot point that is being built upon.

Good luck with your future development!  {1846}  The very ending feels somewhat anticlimactic after such a tense and stunning narrative, and this is likely because of the final line. This last line could be cut from the narrative, thus leaving readers with that final powerful image of the “oily brute of a gun” throbbing in Piotr’s hand and the incredible way the barrel raises itself as if beyond Piotr’s conscious volition. There is additionally a potential further revelation or alternately a clarification the narrative might briefly explore should either appeal to you. One is whether Piotr chose to become a funeral crasher after what happened to his wife and unborn child and how that connection came to be. Perhaps it was a job that came known to him through his PI work and that appealed to him given what he’d just experienced. Or of course it’s possible he was a funeral crasher long before his wife died, giving his work a dark irony. The potential clarification is with regards to Piotr’s and his wife’s investment in Herbalux. It wasn’t until my second read that I made the connection between the old man’s dialogue line that “you were worrying about how you were going to afford a breast pump, a change table” and that they had a whole “living room stacked with unsellable vitamin boxes” – in other words, that they were trying to make money for their family, and the family was destroyed as a result. Perhaps, too, the pregnant wife wanted a cheap prenatal vitamin alternative, or maybe she wasn’t feeling all too well in the first place. Because this information feels so foundational to the entire story it might be made more obvious in the narrative so readers don’t unknowingly miss making the connection.  {2185}  I found myself wanting just a bit more backstory regarding why the old man had chosen this moment to die. While this is generally explained, having some concrete reason might help the reader better understand why this is the specific moment he has chosen.  {1788}  The funeral gate-crasher role was extremely creative but it definitely makes the reader wonder why and how he got into that line of work. Besides the money, is there another reason why he elected to participate in this venture? Is it perhaps therapeutic since he gets to let out some anger or show sadness? Does he need the money for something specific? Think about devoting a paragraph to his newfound job, telling the reader how he got involved and why he’s willing to do it. He could’ve chosen another job yet he made this curious choice, and it’s worth exploring what was behind that decision.

“Kill Me” is sure to keep many readers on the edge of their seats, especially during its terrific climax. Once the author shares more about Piotr’s intriguing job, it will be an outstanding addition to the crime genre.

(If you are interested in reading the stories I submitted for the first three rounds, you can find them in my last blog post here.)

So that’s it! Another year in the books, another final round reached. Feels pretty good, but can I ever make it to that elusive podium?

The NYC Midnight writing competitions really are good fun, well-run and worth the entry fee (the feedback from the judges has always been valuable). And they have a number of different types of competitions: flash fiction, screenplays, poetry.

So why not give it a go yourself?