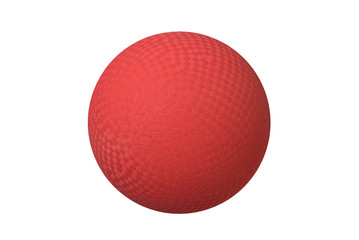 Where has the time gone?

It’s been over a year since my previous post. That’s a long time. And I wish I had an excuse for it. I wish I could say my silence was writing related, that I’ve signed some publishing agreement that forbids me from talking about my soon-to-be-published work. Or I wish I could say I moved to Malta and am running a goat farm, and the internet reception is patchy (and the goats keep nibbling at the electrical cords).

I wish I could blame COVID. That’d be safe. Or the bushfires, or one of the other multi-numerous horror events that 2020 has sent our way. And yes, these have certainly played a part in my absence. But none are the entirety of the truth

The fact is I just dropped the ball. I’m juggling too many and one slipped out of my fingers. And not only did I drop it, but I watched as it rolled away, out the front door, down the driveway, across the busy street, into the gutter on the other side, and down into the dark depths of the suburb’s drainage system. Where it was probably rushed along by storm water rapids, down those long urban concrete tunnels, before eventually finding its way into the river system and bobbing calmly out to sea.

Where it’s probably still bobbing, somewhere. Bleached by the sun. Pecked at by seagulls. Chewed up by a cruise liner propeller.

Which is all fine. Because I’ve got a new ball now. On a string. It isn’t going anywhere.

Which is to say I’ve been writing. I finally finished my fourth novel, now entitled Baba Yaga. I’ve also attended some courses at the Australian Film, Television and Radio School, which has led me to pen some screenplays and shorts. It’s all been very exciting.

But back to Baba Yaga. It’s epic. My best work to date, by a long way.

Gin Moody is not your average detective. In fact, she’s not a detective at all. She’s the gravel-voiced, fifty-nine year-old former Olympic weightlifter who runs the high school canteen. But she used to be a cop, a long time ago. Which is why school principal Chuck Schneider needs her help. You see, he slept with a student from a nearby private school and now he’s being blackmailed for it.

Gin’s happy to help. She isn’t one to judge others for their passionate indiscretions—she’s had enough of her own. Problem is, when it comes to Chuck Schneider, nothing is ever quite what it seems…

Keep an eye out as I post more from this novel and my other works in the coming months.