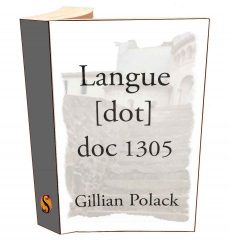 Last night I spent two fabulous hours with author and academic Gillian Polack. Although our time was brief, Gillian quickly demonstrated why she is a renowned authority on the subject of world building.

Here are the three lessons that most resonated with me (with my own little comments and extrapolations added):

Start with the rocks

Speaking both literally and metaphorically, Gillian advised anyone building a world to start with its rocks. In the literal sense, the houses and cities in which your characters live must be built of something, and that something must have come from somewhere. If you understand this geology and let it guide your writing, then your world will be all the more authentic and immersive.

This can be extrapolated to everything you write, which brings me to the metaphorical angle. All elements of writing—setting, characters, plot, dialogue, even voice—are at their most effective and effortless if they are grounded by a coherent and consistent foundation. World building isn’t just about worlds.

This lesson reminded me of the way Indigenous Australians traditionally see their place in the world. Whereas in my own culture most view the land as a resource, the Aboriginals see themselves as being of the land. This is how your characters should be: they have sprung from it, belong to it and are indivisible from it. The rocks determine who they are.

“Wallpaper” refers to superficial settings, those without a strong foundation. The kind of settings characters simply walk past, like they are a set in a play. Although this may be what you want (say, for a romance, where you don’t want your world to distract from the smooching) this can lead to a shallow backdrop that is disconnected from everything else in the story. To avoid this, make sure your characters interact with the world, are changed and challenged by it.

This was the most powerful lesson for me. Gillian noted that we build worlds using three key tools: what we invent (imagination), what we instinctively know (assumptions), and what we learn (research). The second of these two presents the most danger, as it can lead to shallow, clichéd and downright offensive writing. You can certainly use assumptions in your work, but they must be conscious, and they must fit.

The way to avoid assumptions is to challenge everything you write. This was easiest to understand in terms of character. Start with the gender of a character, and consider what they would be like if they were the opposite (or any other configuration – Gillian has written characters with over 30 genders). Most importantly, figure out which is the most appropriate for your story, because, as always, everything must serve the story. After gender is sorted, challenge the age of your character, their ethnicity, their location, their profession, and so on. Reflect on this: unless consciously challenged, the default characteristic for any character you write will likely be yourself.

Once you have decided on your characters you need to ensure you portray them accurately. Again assumption and cliche can creep in without you realising it. As Gillian termed it, you want to write real people, not symbols. To achieve this you need research: get out into the world, see and hear and learn from people who have these characteristics. Don’t simply rely on that intuition!

On research, I was quite inspired by Gillian’s statement that 99% of research will not make it into the novel (at least, not in a literal sense). Research will certainly inform the characters and setting and all that, but barely any of it will be in the final manuscript verbatim (and it shouldn’t be). How exciting! To my mind this came across as a licence—no, a requirement—to get out there and understand the world. For each 1% of research that makes it into my work, I need to conduct another 99% worth of exploration. And this shouldn’t just be observing the world, but interacting with it, seeing it from perspectives other than our own. Only in this way can you represent others more fairly, and achieve true immersion in your created world.

You don’t have to tell me twice, Gillian!

Gillian Polack’s short class was just one in The Write Stuff series, which are monthly short courses run, for free, by the ACT Writers Centre and Libraries ACT. The next is with author Jenny Bond and covers writing compelling characters, and will be held at Gungahlin Library on Wednesday 17 August.

Hopefully I’ll see you there.