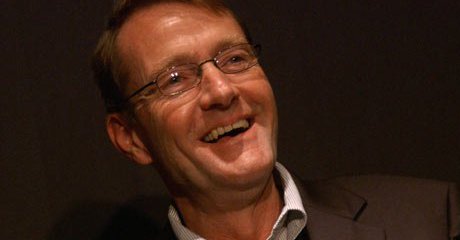 I came across this review of Hunters in the Dark by Lawrence Osborne, written by none other than Lee Child, author of the Jack Reacher novels. I’ve pulled out his intro below, which contains an uncomplicated and practical definition of ‘literary’ as opposed to ‘suspense’ writing. A valuable distinction for genre writers wanting to move in either direction.

“I read this book in what is called an advance reader’s edition, a trade convenience generally made up of the first-pass pages from the forthcoming hardcover edition, bound in paper, with a version of the jacket art on the front and a version of the flap copy on the back. In this case, the flap copy was appropriately enticing (but when is it ever not?), and it opened by categorizing the work as “literary suspense.” Immediately the pedant in me reared its caviling head: Aren’t all novels literary, in that they’re assembled from letters and words? (From the Latin litteratura, writing composed of letters of the alphabet.) And aren’t all novels to some extent suspenseful — or else why would we ever finish one? Surely there must always be a managed momentum toward finding out what happens in the end, however slight that may be?

But yes, linguistics is better handled descriptively than prescriptively, and we can acknowledge that “literary” has come to mean a cut above in terms of grace and beauty of expression, and perhaps to imply more depth in terms of subject and resonance. And we can agree that “suspense” stories rev their narrative engines by overemphasizing their what-­happens-next questions relative to all their other merits. So what can we expect when a novel tries to combine both? In practice, I’ve generally found that the suspense is throttled back, as if considered gauche or embarrassing. The stakes are pitched deliberately low, as if to avoid sensationalism. (Guns, if pulled at all, tend to be pulled rarely and reluctantly.) The pace is often languid, as if to suggest weary characters going about their quotidian business. The results are often first-rate — John le Carré springs to mind, and Alan Furst and Joseph Kanon, maybe even Martin Amis and sometimes Graham Greene — but equally often the relationship feels strained, as if one party or the other is acutely aware that he or she has married down. Literary suspense can be a mixed bag.”

The full review can be found here: www.nytimes.com/2016/01/17/books/review/hunters-in-the-dark-by-lawrence-osborne.html?_r=0.