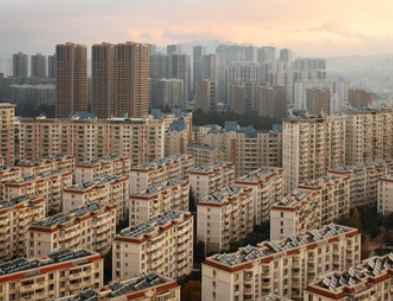 Earlier this year, I wrote about my first round entry into the 2021 NYC Midnight Short Story Competition.

I wasn’t overly happy with my submission. I loved the premise and the setting, but ran out of time. It felt very much like a second draft.

Luckily for me, the judges liked it enough and I was successful in scraping through to the second round. (Of the thirty people in each heat four progress to the next round, and I came in… fourth.)

For those playing at home, each competitor has one week to write a short story of 2,500 words, based around three distinct criteria. For my heat these were:

Here is the story I put together: Ghost Cities.

I almost went and polished the story before showing it to the wider world, but decided to post it raw instead. In the same spirit, I’ve also decided to be gutsy and post the judges’ feedback as well:

‘Ghost Cities” by Matthew Lamb –     WHAT THE JUDGES LIKED ABOUT YOUR STORY – {1943}  I was captivated by this poignant, sad story. The “ghost city” setting was perfect for the meeting between Shiyan and Zhangwei. The suicide was heartbreaking. The characterization of Shiyan’s mother was excellent, as she prepared for the Hungry Ghost Festival. I loved the contrast between her preparations and the darkness of Shiyan’s memories and fear. The ending of the story was heart wrenching. I loved the powerful description of Zhangwei’s mother only caring that the ghost of her son was fed. This was heartbreaking – a great ending to an intriguing story. Very well done.   {1772}  The story has an original premise. Its rich setting and world engage the reader. Vivid detail and active writing shape the tense plot. Shiyan has a clear outer conflict to develop his character.  {2034}  The prose contains wonderful figurative constructions, such as “all lined up like rocket ships waiting to blast into a glorious communist future.” Other detailed descriptive passages like “She was a cherubic woman with seemingly endless mirth in her round belly” contribute to creating a full and believable setting with helps to increase the dramatic stakes of the supernatural elements of the story. They simultaneously furnish the story with a strong level of character detail.   WHAT THE JUDGES FEEL NEEDS WORK – {1943}  I was curious about the fact that you took a step back in the narrative at “After waving goodbye to his cousin, Shiyan had eaten his dinner, grabbed his bike and headed for the apartment blocks”. Shiyan was already at the corridor in the building, at the last place he’d seen Zhangwei alive. You worked really hard to build suspense until this point, so it didn’t seem necessary to go back to tell us about him saying goodbye to Zhangwei earlier. I wuld keep us in the moment, and give us a huge shock when he sees Zhangwei there.

Instead of telling us at this point that Shiyan liked to throw rubble from the top floor, could you show him doing this, before Zhangwei appears? This is the climax of your story, so I would work to keep your reader “in the moment”.

I noticed that you used a lot of filters as you described the ghost. Removing these filters and making the writing more direct can create a more powerful image. For example, I would think about whether you needed “it seemed to come”, “it looked like”, and “as though its”. How could you describe this terrifying vision directly?   {1772}  Zhangwei is an important character in the plot, but his presence isn’t really developed until more than midway. Though he is mentioned early on, it might be worth really exploring what his loss has meant in Shiyan’s life to make it a focal point earlier on. It can also provide another point of conflict for Shiyan, if he’s holding some resentment over his cousin’s fate, for example.  {2034}  The traumatic secret that Shiyan carries haunts this story as much as its supernatural elements, and the culture of ghosts. While it is clear that Shiyan is haunted by the situation, it might be useful to bring the supernatural into play to haunt him along with his experiences. That way, all of the lines od dramatic tension can work together as one clear force, rather than a few threads.

But there is no time to dwell on the past. Forty-eight hours after being awarded my fourth place, the second round started. And by the time you see this, I will already have submitted my entry.

The criteria for the second round was “romance”, “wanderlust” and “an amputee”. I was much happier with my story this time, but who knows what the judges will think?

I’ll post the story here once the results are in.