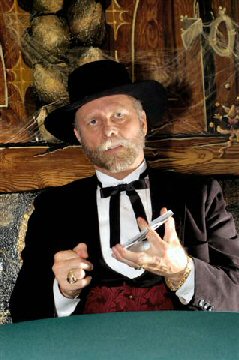 To start 2018, Matthew will be writing a blog series on masters. Not revered historic figures, but everyday people in the modern world who excel at what they do, whatever that may be. Each will teach us a little about how we, too, can pursue our own version of greatness. What better way to kick off the season of resolutions?

I’m a curious fella. I do a lot of research in my professional and personal life, and nothing excites me more than exploring a previously unknown area of knowledge.

In my cerebral travels I’ll regularly come across niche industries and pursuits that I never before knew existed. More than that, I’ll encounter people who have dedicated themselves to exploring these frontiers, to being the absolute best at something most people have never heard of. And they can be truly exceptional.

I am fascinated by these masterful people. Even if I have no experience in their area of excellence, when I come across someone who is a true master it is immediately apparent.

It’s not just what they can do that stands out. It’s how they do it. They are playful with their craft despite performing at such a high level. They can be so absorbed in their craft it is as though there is nothing else in the world. And they just seem so effortless with their skill, unburdened by any hint of self doubt.

To a person standing at the starting line of these new areas of knowledge, these masters seem nothing short of godly.

I want to share some of these people with you. Over the next few weeks, I’ll be posting a series videos and articles showcasing some of the most interesting masters I have come across.

So take a few minutes, learn something new (and often bizarre) about the world, and be inspired to pursue your own path of mastery.

My first subject is the Blind Magician, Richard Turner.

Richard lost his sight at aged nine following a bout of scarlet fever. If anything, that setback only propelled him to greater things. In addition to becoming a world class magician (or ‘card mechanic’, as he terms it), he is also a sixth dan black belt in karate. Not bad for a blind man!

But Richard’s brilliance has nothing to do with his ability to overcome adversity. His inclusion in this list is exclusively because of his skill with playing cards. The subtlety and consistency of his card manipulations are fascinating to watch, to try to understand. He opens our eyes to a whole new world cheats and card hacks, a meta-game beyond the playing cards themselves.

Watch him in action…

So what can Richard teach us about being a master?

In his own words: “Most of what I do, you really have to be crazy, obsessed.” His wife, Kim, explains it in starker terms: she once heard his signature shuffle while they were having sex.

Do we need to go that far to be masters? Maybe we do.

Next up: Join me next me week as we look at another supremely skilled master while keeping (somewhat) to the theme of magic…

Name the series this quote is from (and, for bragging rights, the season and episode):