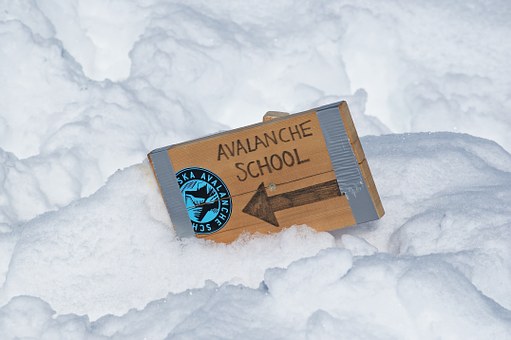 There is one trait that all masters possess.

I’m not talking about talent, because it is questionable whether this master possesses that.

I’m not talking about luck, because this master has found a way to take that out of the equation.

I’m talking about doggedness. Sheer, unflinching determination. An iron-cast will, welded to steel posts that have been sunken much deeper than the council approved, sub-atomically fused with charcoal activated adamantium.

But even that’s not why my next master made this list.

Because there is a trait even more important than will or persistence. A trait that, when used like a precision scalpel or wonky sledgehammer, can transform mediocrity into brilliance.

And if not cunning, then at least unflinching self-delusion.

Let me introduce to you Elizabeth Swaney. Ms Swaney is a thirty-three year-old American who competed in the recent Winter Olympics.

She came dead last. By a lot.

Now, just for context, compare it some of the other competitors in the qualifying round (thirty seconds should do it):

So how did someone with Swaney’s complete lack of skill with the twin slidey sticks make it to the Olympics?

Simple. She gamed the system.

Way back in 2013, Swaney decided she wanted to compete in the Winter Olympics. We’ve all wondered if we could be Olympians if we truly applied ourselves, but Swaney wasn’t content to daydream. So she put her plan in motion.

“The 33-year-old American began wholeheartedly pursuing her dream of competing at an Olympics in 2013 but knew she’d never make it on to her own country’s team.

According to reports, she initially attempted to represent her mother’s native Venezuela, before switching to Hungary, where her grandparents hail from, because of their far more favourable qualification rules.

Once she had the go ahead from the Hungarian ski federation, Swaney just needed to finish inside the top 30 at a few World Cup events. So she designed her calendar around appearing at events that coincided with more prestigious competitions she knew the best skiers in the world would attend.”

Swaney made it to the top, let’s not argue about that. Unlike her peers, however, she didn’t rely on fickle things like natural talent, flawless technique, or performan-Lance enhancing drugs. She applied the tools she had at her disposal – commitment and cunning – and through sheer force of will made herself the worst of the best. Which is why I thought the lesson to be learned from this master was:

Lesson 3: Rules are made by people who want to perpetuate their own advantage. If you can’t break ’em, make ’em work for you. Then use every loophole and technicality everyone else is too embarrassed to exploit to make yourself great.

…that is, until I read Swaney’s post-run quote. Remember, Swaney came last – dead last – with a judges’ score close to fifty percent lower than the person in second-last. Who crashed on both their runs.

Picture Swaney swaggering up to the sports reporters after her run, inexplicably puffing from the mild exertion of coasting downhill, and saying:

“I didn’t qualify for the finals, so I’m really disappointed with that.”

That’s the sound of jaws hitting the floor. Did she actually think she might win?

And then I learned that Swaney ran against Arnold Schwarzenegger in the 2003 Californian gubernatorial race, among a series of other fanciful pursuits.

Which made me wonder, is cunning enough? Or do you need a healthy dose of self-delusion to go with that?

Lesson 4: You have to believe in yourself. The only voice in your head should be your own. It’s only a delusion if it doesn’t actually happen.

Next time: A gaggle of supremely skilled masters who have overcome great adversity to be better than you or I will ever be.

Ok,I’ll accept there is some room for debate as to whether Swaney is a true master.  But her ‘success’ is rooted in sound theory. Her way of thinking may appear somewhat delusional, but imagining what might be possible in the austere face of established logic is actually a necessary pre-condition for greatness.

Watch the following video and decide for yourself.